Jacob Haafner lived and worked on the East coast of India and in Shri Lanka between 1771 and 1787. He wrote several travel books about his experiences, several of which were translated into other languages as German, French and Sewdis, but not into English. I am sharing here translations of his work that has not yet bene trans;ated into English. I have translated this 5th chapter on the Devadasis from his travel account ” Reize in eenen Palanquin, of Lotgevallen en merkwaardige aanteekeningen op eene reize langs de kusten Orixa en Choromandel , Amsterdam 1808. 2 Vols.” in order to make the material directly available to dance historians and others interested in the history of dance in India. His writings offer great insight into the lives of dancers in this period, as he had a passionate love-affair with one of them. I have followed the spelling Haafner himself uses for the Sanskrit and Tamil words he included in his writing. They are mostly transliterations into 18th century Dutch from what he heard. Many words can be readily recognised. Others are un-known to me. The details of substances used, customs and dress, music and make-up are very interesting.

For more information on Jacob Haafner’s life, travels and work you can go to http://www.paulvandervelde.nl/haafner/ 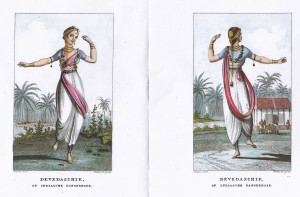 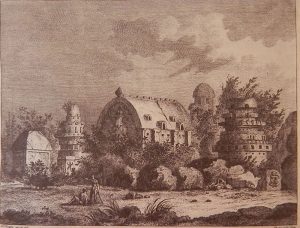