Panchangam, the roadmap of sacred time. 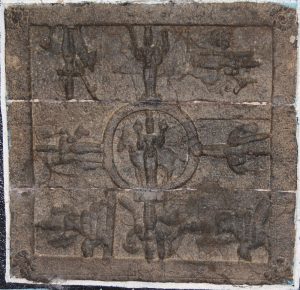 APPENDIX 1, VARA, the days of the week.
Suryavara, Sunday, governed by the sun, the heavenly body that stands for courage, valor and royalty. It generates positive energy for new projects and the start of business.
Somavara, Monday, ruled by the Moon and mythically connected with Shiva. The moon governs emotions, agriculture and the mental state. This day one can perform vows that address Shiva. And it is fitting for almost all auspicious performance.
Mangalavara, Tuesday, ruled by Mars and therefore connected with Karttikeya as the deity that governs war and conflict. Good for paying debts and for negotiations about real estate. But it is otherwise considered inauspicious.
Budhavara, Wednesday, ruled by Mercury, whose field of influence is trade, communication, as well as the intellect. It is auspicious for all aspects of education.
Brihaspativara, Thursday, ruled by Jupiter, the power who governs knowledge and education. It is a good day for buying jewelry and other property. And it is also a very good day for starting literary activities and education.
Shukravara, Friday, ruled by Venus, the planet that presides over all family affairs and women’s matters. It is a good day for planning marriages and for visiting family.
Shanishcaravara, Saturday, ruled by Saturn. This day is good for things related to metal. But it is inauspicious for other things.

APPENDIX 2, TITHI, the phases of the moon.
New moon is dedicated to the worship of the ancestors in general and one’s immediate ancestors that have passed away in particular. But it is also considered auspicious for new beginnings. And for starting any medical treatment.
Prathama, the first tithi, is generally inauspicious for new ventures, but it is alright to do artwork.
Dvitiya, the second tithi is good for marriage and for traveling.
Tritiya, the third tithi is good for the inauguration of a new house.
Caturthi, the fourth tithi is particularly auspicious and dedicated to the worship of Ganesha. The caturthi during the waning half of the moon cycle is especially sacred. This day is considered very positive for starting education, learning art and shastras.
Panchami, the fifth tithi is favorable for marriage and for the consecration of murtis of devatas (statue) and temples consecration.
Shasti , the sixth tithi is positive for buying a house and for buying cattle.
Saptami, seventh tithi: marriage, moving into a new home.
Asthami, the eighth tithi is dedicated to Devi. The shukla ashtami (8th day of the waxing moon) to Durga, krishna ashtami ( the 8th day of the waning moon) to Kali. For most human activities it is considered as unfavorable. This day there will be no teaching of Vedas. But it is positive for all activities connected to vastu, or the establishment and building of houses and temples.
Navami, the ninth tithi is favorable for destroying evil things, but is otherwise considered inauspicious.
Dasami, the tenth tithi is positive for all auspicious activities.
Ekadasi, the eleventh tithi is generally considered to be auspicious, and is dedicated to Lord Vishnu. It is also favorable for making jewelry.
Dvadasi, the twelfth tithi is good for harvest, and for establishing a charity.
Tryodasi, the thirteenth tithi is auspicious for beginning to learn dance.
Chaturdasi, the fourteenth tithi is good to start learning horse riding and for voyaging.
Full moon is auspicious for performing a yajna (a Vedic fire sacrifice), and for everything to do with houses, like the beginning of construction, inauguration, etc.